This report aimed to improve the life in refugee camps, by designing and building a solar panel system. In the designing stage: report research and discussed the available option in term of the choosing solar panel. Then discussed the types of batteries suitable for this project. In the implementation stage,  types of charge controller were discussed in deep details. In the final stage the hardware and software of the charge controller was illustrated with related comments.

The big picture of project design and build solar panel system of Eco-shelter. Which is integrated with necessary appliances and keeping it with a possible minimal power consumption and send all the system information such as show life battery and efficiency of the solar panel to the main office that will be mentor all the shelters and evaluate the system if it needs to upgrade or not? This tent will allow for a beneficiary to cook, charge their phone and have LED lighting depending only on the solar energy. The system generally will be built using solar panels, batteries to conserve the power and use it at night, and converter to power most appliances that need AC and DC to work. Then coding a total monitor system which will be consisting of a monitor controller which will be monitoring the power interning charge controller, the batteries state, and the power consumers through AC inverter. Then send all the information that will be collected at the main office

War, hunger, and corruption led the refugee crisis. People are facing a long journey to find asylum with minimal stuff that only to keep them alive. According to the red cross, more than half of the world’s refugees which is about 60 percent come only from five countries. A scary percentage of missing children which can lead this crisis to create other serious problems such as human trafficking. Besides that, This creates a growing economic problem for any government received huge numbers of refugees or even for any third world government that its citizens suffer from poverty with no electricity and infrastructures. For these reasons the shelter help to reduce death rate because of hunger by offers, the basics need to live decent live such as oven and light. The security system could save women and Childs from getting abused or kidnapping. To raise awareness society about this problem and show them they are real web build to give a public a general view of the camp. The whole project builds and design to be environmentally friendly with the minimal cost possible based solar panel and batteries reading.

Renewable energy one of debatable abundant resource that earth has.  Solar generated electricity by using technology field test and improved upon since 19th century when contest notice that there is specific material able to produce electric current. To have this effect, two layers of some conductors joined.one of them carry some electrons when the sunlight hit the layer absorb the photons. This process effect electron leads it moving from layer to other and that what produces an electrical charge. On another word,  When the sun hit the modules on solar photovoltaic installation, the module converts the solar energy into electricity that can be used. Where the electricity is being drawn from PV installation home power performance will stay the same.

It considers the simplest type of the. The PV-direct system can make it of as few as two components, solar panel, and the device powered, such as pump or fan connecting directly to each other. Often there is a controller or linear current booster between the tow and some fuse no more than that. It is very basic; power produced when the sun shines then PV generates electricity, and as much as the sun is bright the panel produced more power which leads to increase the performance of the appliances. However, the device stops when the sun not available. The key of this system is a straightforward where the solar makes the power and device consume what it can have when the sun is bright, and the panel is making more power which leads the performance of the device will be great than when it is overcast, early morning or late afternoon. The key is to use the power when it has it and not need it when the sun is not available. As an example pump, it will be plumbing to a tank or cistern during the day, allowing to use the water all day and night without having to utilize batteries it is easy to store water or power (“Introduction to Solar Electric Systems – calendar,” 2017) 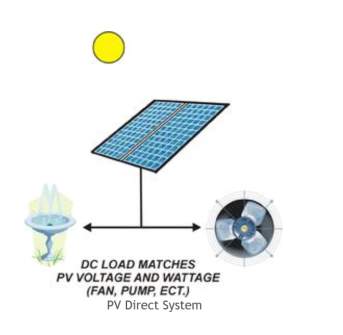 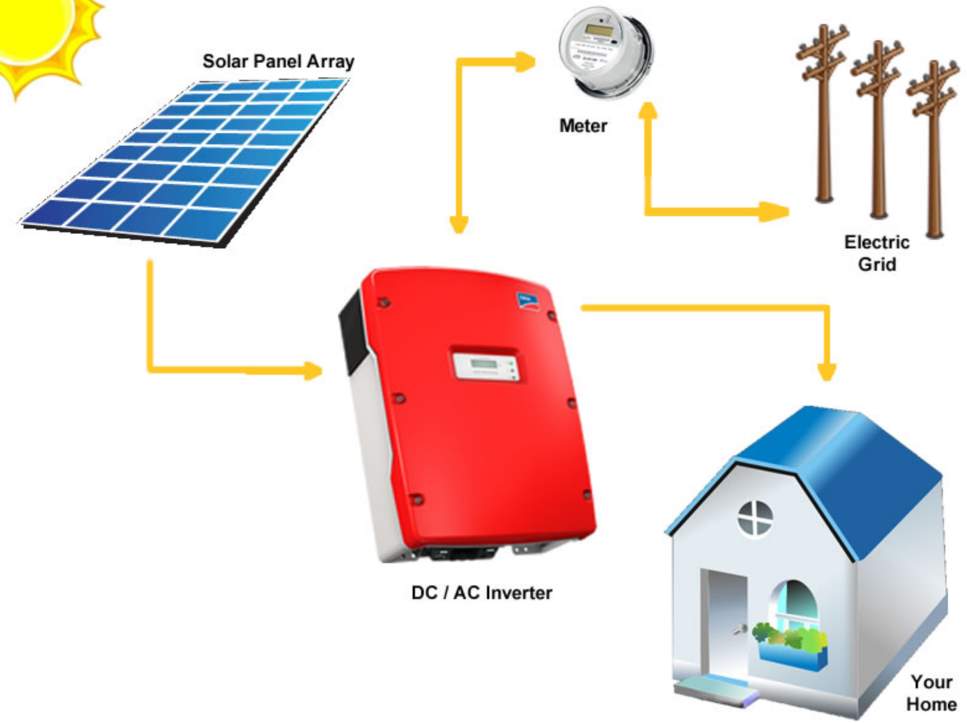 It good options who want to use electricity at the time it required. Off grid system is content battery bank to, charge controller and inverter if there AC devices. Unlike Grid tie no need utility grid, so it does not have electric bills. When the sun generates the power, it charges the batteries which allow using electricity when at night or when no sun and because of that this project build based on off grid system. (“Off Grid Solar Systems Shop Solar,” n.d.) 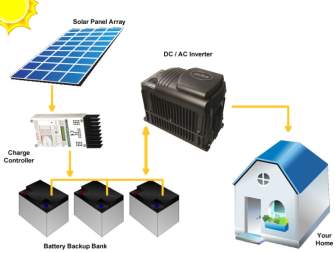 There are three basic type’s